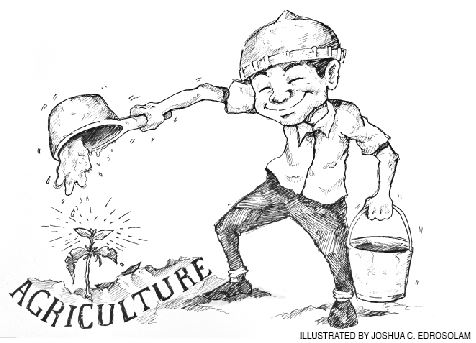 Where would humanity be without agriculture?

The art of plant culture and livestock has been around since ancient civilization, ensuring the continuation of humanity’s species. Agriculture is a craft that provides the needs of each person around the globe from the fabric of our clothes to the food that we consume every day. It is an undisputed fact that agriculture is what keeps us alive today.

This past June, the United Nations has published updated research on the prospects of the world population. It is said that by 2030, the world population would reach 8.5 billion and would reach 10.1 billion in 2050. With these predictions in mind, would our agriculture be able to support the needs of every individual around the globe?

Even without thinking far into the future, we are already struggling to make ends meet. According to Food Aid Foundation last 2018, there are about 795 million people or about one in every nine people and one out of six children around the world are underweight. That is not the end of it. About 12.9% of the total world population is undernourished and 66 million primary school-age children are already bearing with starvation, with 23 million in Africa alone.

The Harvard Business Review reported that the world population quadrupled over the last century and food demand would rise to by 59% to 98% by 2050. On the other hand, the amount of crops harvested per unit area is growing too slowly to meet with the predicted demand.

Additionally, climate change and urbanization significantly contribute to the decline in agricultural production.  In several countries, the government’s lack of attention to agriculture is making it difficult for the agricultural sectors to secure funds and technology to improve agriculture.

One of the most serious problems that agriculture  faces is the dissociation of the youth from agriculture. The IMoT Agri Forum observes that youths find agriculture non-lucrative due to being ill-informed about agriculture and its necessity. Furthermore, the youths being more technologically driven, prefer to embark on corporate jobs that produce large amounts of money in a short amount of time, rather than on agriculture which requires large investment and amount of time before taking back the capital expenses.

As New Era University aims to help secure the future, it puts its stamp of aid in agriculture. It dedicated a college for agriculture – the College of Agriculture – where it will provide funds, technology, research, and on-going campaigns for agriculture. At the moment, it is still budding. Over time, however, it will grow, mature, and would bear fruits that would help increase the workforce in agriculture and help in advancing our technology in this field. The College of Agriculture is a seed that would one day grow into a strong support to food security.