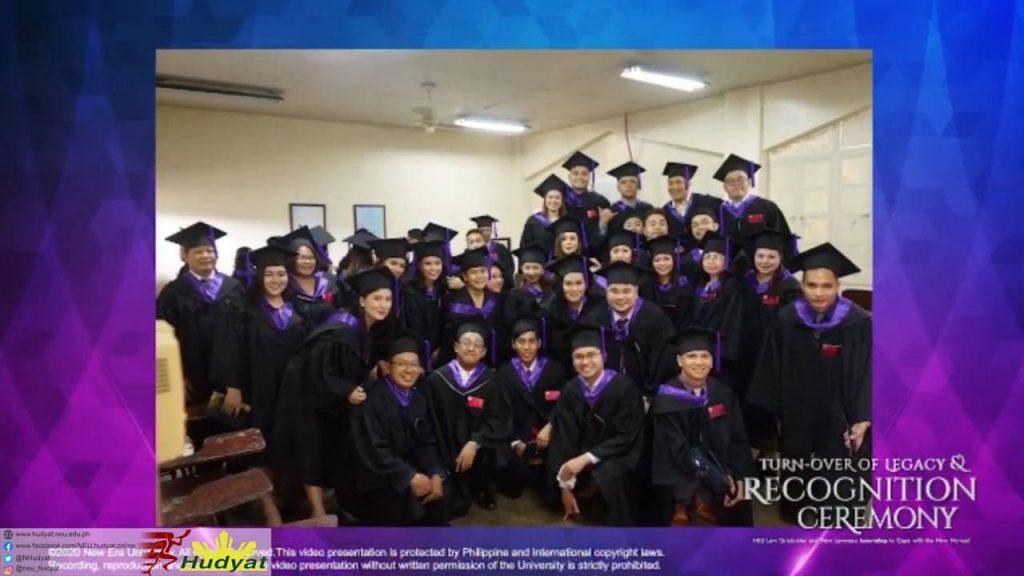 The New Era University College of Law (NEU-COL) conducted its annual turn over of legacy and recognition ceremony on January 15, 2021. The college honored its 12 new lawyers and congratulated its graduates. The occasion marked the 20th anniversary of the college.

Atty. Serafin V. Cuevas Jr., the college dean, delivered the opening remarks. Then, the Executive Director of the Commission on Higher Education, Atty. Cinderella Filipina S. Benitez-Jaro, who is also an NEU alumna, lauded the new lawyers and graduates.

In the turn over of legacy, Atty. Kriska R. Antiojo, the valedictorian of Batch 2019 delivered her testimonial address, where she recalled the struggles she and her batchmates went through from studying law until they finally passed the board examinations. They were the first batch to pass and take an oath during the pandemic. Then, after her speech, Atty. Kriska passed on to the graduates of Batch 2020 the book written by the late Justice Serafin Cuevas. Ana Patricia F. Reyes, the recipient of Batch 2020 Academic Excellence Award, accepted the symbol of legacy on behalf of the new graduates.

In her valedictory address, Reyes shared several challenges she faced in the law school. Despite such challenges, she strove to fully understand the law to serve her fellowmen someday. She encouraged her fellow graduates to keep moving forward and never quit.