By Danielle Anne B. Malabed 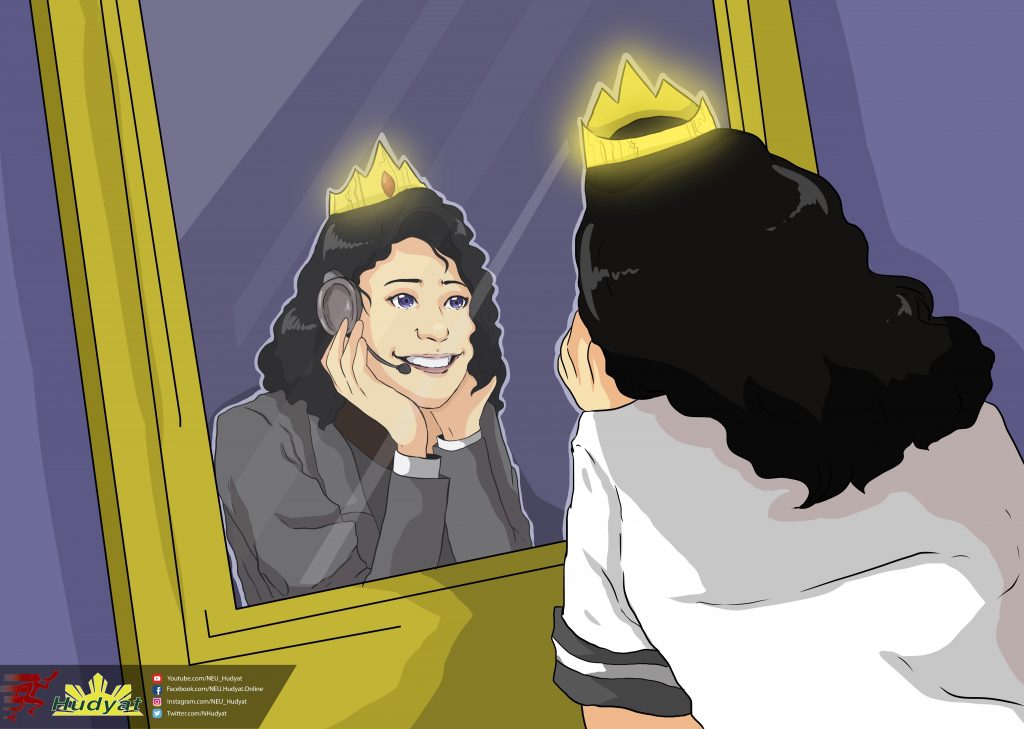 AS CLICHÉ AS IT MAY BE, power comes with responsibility, and with it, anyone can achieve their full potential, more than what anyone can expect.

Spending more than 10 years in the four corners of the classroom has been my routine for a while now. Learning is truly a long process, not to mention the fact that I am a part of the pioneering batch of the K to 12 education system, which added up another two years in my high school degree. Discussions, quizzes, recitations, and examinations are repeated over the years as part of a never-ending cycle of how students need to learn in school.

I may sound like I am complaining, but I know that there is more of what can be unleashed in every individual, especially within myself. Undeniably, I wanted to attain more, explore, and see myself grow in avenues outside the academe. With that vision, I persevered.

Knowing that there would be around four months of vacation due to the change in the academic calendar, I daydreamed about going to work. After all, I am a year beyond the legal age, one of the qualifications that I could pass. I wanted it badly and, as they say, when you like something, you better work hard for it.

Since I was a kid, I look up to those who work in the business processing outsource (BPO) companies, commonly known as call centers. I love the idea of answering phone calls so I tried to achieve that childhood dream.

At first, I tried applying online, which was followed by unexpected phone calls and text messages asking me to attend initial interviews. However, proximity was an issue especially if I would have to travel from Bulacan to Makati or Ortigas. I had to find a job near home so my parents would allow me. Fortunately, I did. I applied to two different companies, but I was unable to pass the final interviews. It was disappointing, but it did not stop me. Rather, it helped me push myself more to the unknown possibility of what I can do.

Luckily, at the third company, I was able to make it. I was hired as a technical support representative. I had no idea at all what I should do with that kind of position. I did not know what to think of during that time since there was a lot of pressure.

I had to keep up with experienced agents who had been in the industry for quite some time, not to mention the tons of requirements that have to be met like SSS, Pag-ibig, Philhealth, and TIN.

say, if you want to give up, always  remember why you started it in the first place. Tomorrow, I’ll wake up and fight again, as we always do as human beings.

Gradually, I reached the point when I got to enjoy myself, met new people, learned new things and understood what my job position is. When I finally did, school started again. It was a good thing that I was able to adjust at work before I entered my second year as a Psychology student, but I know that it would be another story and a new challenge as well.

I have to be a student from 7:00 am until 12:30 pm. Then, straight from school, I have to be a call center agent, afterwards it is my routine during weekdays and it is not as easy as I thought. My day starts at 5:00 am and ends at around 7:00 pm, and is followed by doing homework and other responsibilities that I have.

It is easy to state the hardships I endure. I have to bring sets of clothes and shoes every day for school and work, especially when I have my PE classes. There are days when eating is no longer an option due to insufficient time. Sleep deprivation is also there since I cannot sleep right away once I arrive home.

I am not just a student or a worker—I also have chores to do as a daughter and a sister. Nevertheless, there are good things that I get to enjoy now that I earn money. Since I started to work, I achieved a sense of financial independence, and I can somehow help my parents. More importantly, I gain knowledge and experience from work which can help me now and in the future. Let’s face it: Here in the Philippines, when you look for a job after graduating from college, employers also require an employment history. This is one of the main reasons why I pursued working.

Quitting is easy when things are tough, but always think of how much you can learn from all the hardships that life has to give. Money can be earned, but the experiences and the people whom you meet are priceless. These are a treasure that you will continuously reap as long as you fight your battles every single day.

As for me, I am wearing two crowns—as a student and as a call center agent.

I have the power but I also have the responsibility that I should fulfill to keep my lifetime prize.