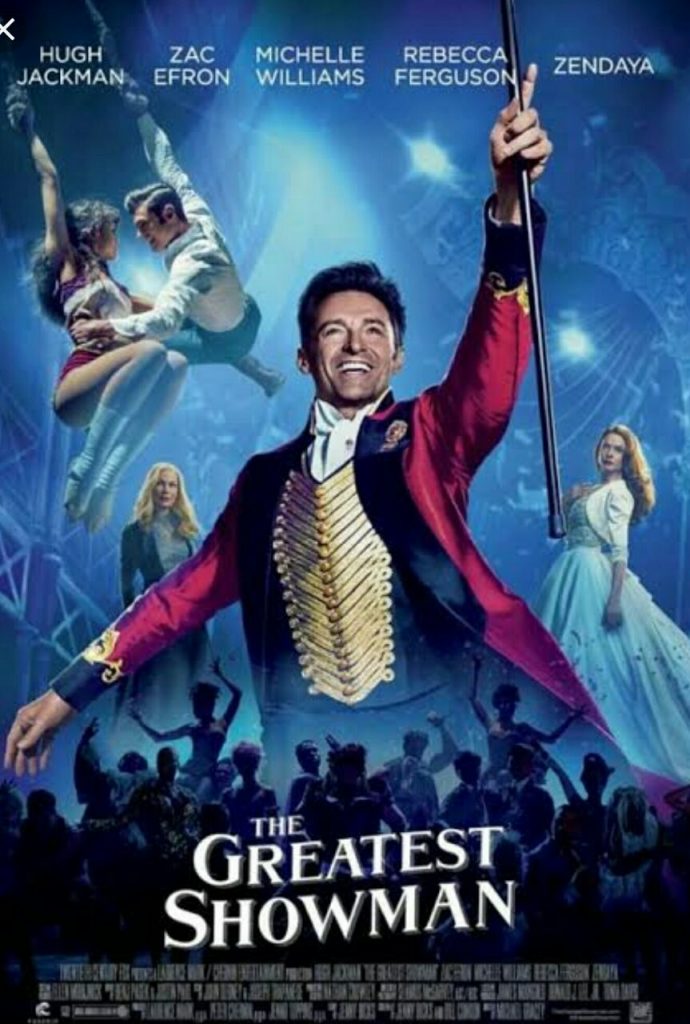 2018. Ahh yes. The perfect year for movie-makers and movie-enthusiasts alike. From Avengers: Infinity War to Aquaman, to Pitch Perfect 3 to Goyo: Ang Batang Heneral and the list goes on, whether nine or nineteen, there is no shortage of movies for everyone! It’s hard not to be excited and thrilled with the line up of the films to be released this year. Although one might spend one too many bucks for snacks and movie tickets, this year will truly be an indecision-inducing, thrill-filled and exhilarating experience movie-goers!

Probably one of the highly-anticipated drama-musical movies of the year is The Greatest Showman. Inspired by a true story, this American film shows the life and works of PT Barnum, the father of the lighted circuses we see today.

In The Greatest Showman, we will follow Phineas Taylor Barnum in his journey-beginning to when he was a poor, young, tailor’s boy-as he turned out to be a worldwide crowd pleaser in the best sense by daring to follow his dream. We will witness how he and his wife, Charity and the band of oddities of his show manage to overcome the persecutions and countless struggles to become a sensation that was spectacular, controversial, and incredibly amazing.

The main role was played by Hugh Jackman, as P.T. Barnum, and Michelle Williams as Charity, together with a stellar cast including Zac Efron, Zendaya, Rebecca Ferguson and Keala Settle. The movie is directed by the multi-awarded film-maker Michael Gracey with the screenplay by Jenny Bicks and Bill Condon. The movie was made elegantly and astoundingly, thus garnering awards and numerous nominations including the Academy Awards, Golden Globes, and the Oscar’s.

One will marvel on how brilliant every detail is from the compelling acting to the costume and design, to the music and performances. Every element is visually stunning and I can’t help but feel the awe while watching this movie. The movie has some of the best musical performances I’ve ever seen in a musical.

What my favourite thing in the movie and I think what most people will be talking about after watching this movie is the songs and performances. I enjoyed how catchy, well-written and composed the songs are. It makes me want to grab a copy of the soundtrack and will happily listen to it over and over.

Besides the flash of colors and fantastic musical numbers, The Greatest Showman also highlighted good moral and Christian values to all of us, regardless of what we are experiencing or where we are at in our lives. The movie convinces us that we have the ability to put joy and goodness in our lives and to change our stories no matter what mistakes we have made. To have hope, to dream big and to take risks. My personal favourite lesson is a direct quote spoken by Charity Barnum. “You don’t need everyone to love you, just a few good people.”

All in all, The Greatest Showman a wonderful tapestry of comedy/drama and musical genius of a movie and probably the makings of being one of the greatest musical films of our generation.