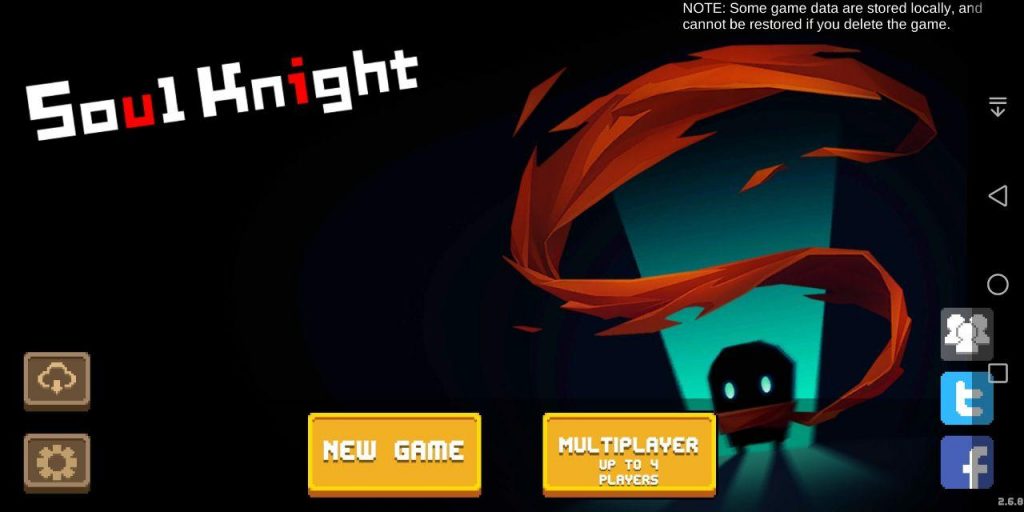 Soul Knight is an immersive, dungeon-crawling, pixelated role-playing game. You probably have never heard about this game before, but its action-packed play style designed with mesmerizing two-dimensional graphics will catch the attention of anyone who loves to play arcade video games.

Released in 2017 on iOS and Android, this game was developed by Zeyang Li and Chilly Room. Soul Knight is mostly unrecognized and, even worse, forgotten, but this gorgeous little arcade-style quasi-rogue-like shooter game deserves love and attention. It might have a very small narrative depth and backstory—get some equipment, fight off the baddies, accomplish tasks, survive the levels, and collect all the Magic Stones—but is rather a good thing when it comes to simplicity. Most players look for action in RPG games. In this game, there’s a lot of this in every corner. Moreover, unlike many games in the growing rogue-like category, Soul Knight’s simple arcade gameplay will appeal to those who might have never gotten a chance to play a dungeon-crawling game.

In Soul Knight, you start off with a tutorial as the Knight, the game mascot and your very first character. In the dungeon, you have to crawl from room to room, defeating all the enemies thrown at you until you clear them all. But some players don’t come off winning as easy as they think they would. You will not run out of bullets or energy, but neither will your enemies. Some will try to attack you in close-combat, but you have to look out for foes with long-range weapons. You have to dodge, run, block off projectiles, and do all what’s necessary to survive in each level. You also have to watch your health points, which are easier lost than gained once you encounter stronger foes. Energy points and Guard points (for your defense) are also depleted once you use an energy-consuming weapon but these will regenerate once you stop getting hit. Other than chaos, there is also a variety of weapons that you could encounter during the run and find what weapon suits you the best. Weapons can also be crafted in the lobby (where you generally begin in the game) once you acquire a weapon for a specific number of times. You can pick up other weapons as well, but only up to two kinds. You leave the other one behind as you pick a new weapon. After clearing all the enemy rooms, you need to go the room with a portal that will send you to the next stage. You don’t have to worry of getting lost since you have a mini map to guide you.

The visuals and graphics have a solid, two-dimensional, and authentic retro-cade feel. Players who grew up in the nineties with the SNES (Super Nintendo Entertainment System) are so fond of with this types of games. Control systems are pretty straightforward. An onscreen joystick in the bottom left corner controls your character’s movement and the trigger button located in the bottom right corner controls your attacks. You will also learn in Soul Knight that it is okay to ask for help. At the start, you will be accompanied by your pet and, rarely, additional companions along the way that are a big help throughout the game. When you run empty of energy and poor health, they can let you slack while you recharge a bit. You can also choose other characters and pets in the lobby using the premium currency of the game (gems) earned during gameplay or received from an in-game mailman every twenty-four hours.

Something worth noting about this game is that it’s completely free-to-play. It is primarily offline, but can be played through multiplayer via Internet connection. The in-app purchases don’t hold much of the quality of the entire game. Soul Knight is just pure action and fun— definitely a great time-killer during tiresome days.