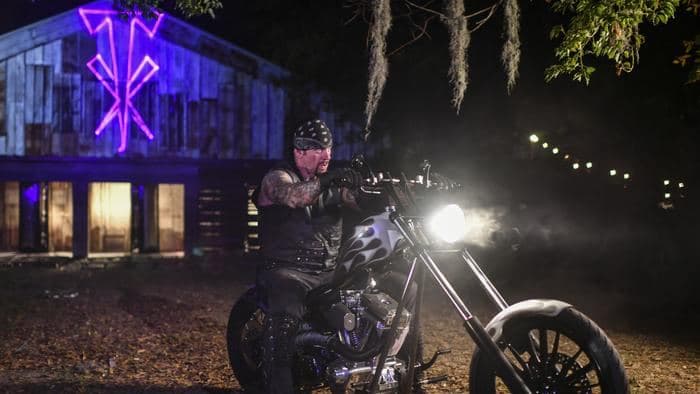 World Wrestling Entertainment (WWE) is an American company started by the McMahon Family in 1980. Since then, hundreds of wrestlers have made the industry grow at its peak. Being a fan since my elementary days, I thought that my wrestling idols were immortals because of their abilities and strength, but I was wrong. Behind the zenith of success, WWE performers sacrifice their bodies and lives for the sake of entertainment. Others underwent surgeries; others had to retire because of serious injury, and, worse, some died during matches. But life goes on with those superstars—after their recovery, they are back on track to reshape their bodies and prepare to return to the ring.

One of them is Mark Callaway, also known as the Undertaker. According to Merriam-Webster Dictionary, an undertaker prepares the dead for burial and manages funerals. Like the definition, Callaway symbolizes death and a grim reaper persona inside and outside the ring, making the show and its storyline more enjoyable and memorable to WWE fans. His entrance brings goosebumps every time. With all of the lights turned off, the music starts with a gong/bell sound followed by organ sounds with matching burial visual effects on the LED screens. His dark costume is a huge leather coat over a tank top, leather leggings, a cowboy hat, and wrestling boots. His eye and facial expressions and the way he talks are exceptional. Even in his personal life, the Undertaker said in an interview that he maintains wearing black clothes and having an uncanny character occasionally.

Undertaker had many memorable matches and hundreds of accolades in his illustrious career. One of these is his unbeatable WrestleMania 25–2 record. WrestleMania is an annual wrestling event in Mid-March or Mid-April. With the taglines, “The Grandest Stage of Them All,” “The Showcase of the Immortals,” and “The Greatest Spectacle in Sports Entertainment,” WrestleMania is where legends and heroes of the wrestling industry are born. Undertaker’s streak started in WrestleMania VII when he defeated Jimmy “Superfly” Snuka on March 24, 1991. In the next decade, his streak remained unstained, making him the limelight of every WrestleMania event. What makes Undertaker’s wins unique is the difficulty of these matches. In WrestleMania, There were No Disqualification Matches and Hell in a Cell Matches, where the competitors are inside a five-sided cuboid with an open-weave steel mesh chain-link fencing which encloses the ring. He was also a seven-time world heavyweight champion in WWE, having held the WWE Championship four times and the World Heavyweight Championship three times.

But as the saying goes, streaks are meant to be broken. On the 30th Anniversary of WrestleMania in 2014, he was defeated by Brock Lesnar. According to a documentary about him, even before the match started, Undertaker was not mentally and physically ready due to personal problems that caused him to be admitted to the hospital after the match.

Undertaker’s numerous accolades and illustrious career came with several injuries and fifteen surgeries in total. In his triumph, he sustained obstacles in three risky decades for the WWE fans. Although he garnered millions of dollars, he maintains an ordinary life, believing that wrestling can uplift him every time. It is his passion that drives him to give his best every match.  But even if he wants to continue, his body has already deteriorated and treatments can only lessen the damage.  At the age of 54, he announced that he would retire from the wrestling industry. As a fan, it was heartbreaking, but I felt more joyous and relieved to celebrate what a career he had. His finishing moves—tombstone piledriver and chokeslams—memorable taglines such as “Rest in peace,” and extraordinary matches will remain in our hearts and minds forever.