Before Living Happily Ever After

By ANGEL DOROTHY FLORES and ERIC GABRIEL ALONG 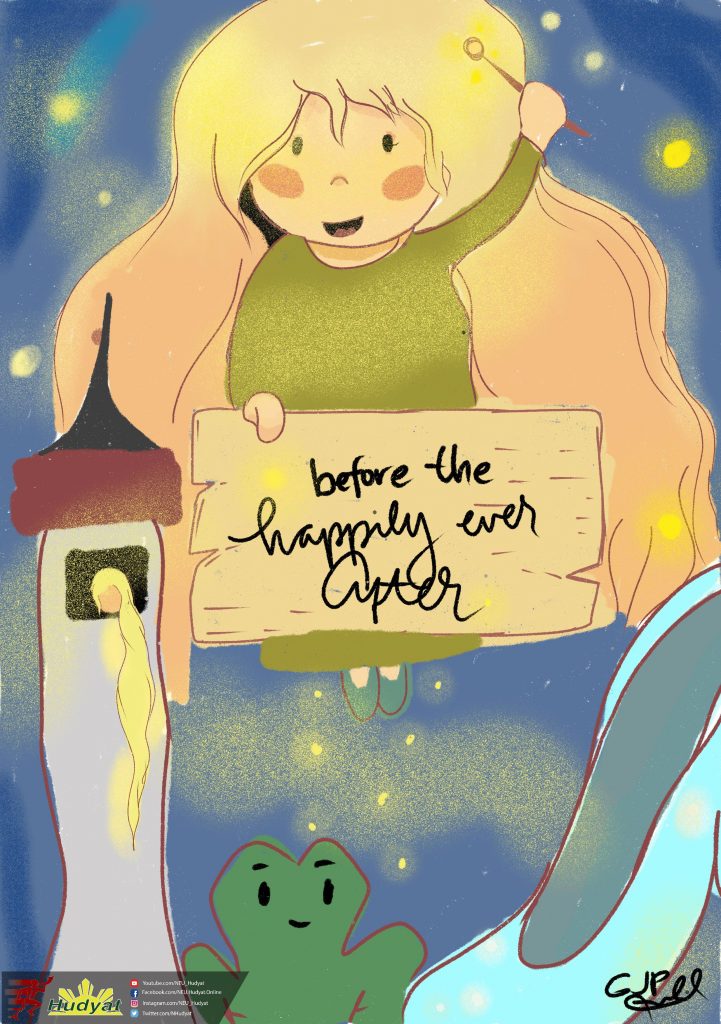 DID YOU EVER NOTICE how Rapunzel was such a naive young girl yet so brave to leave the tower on her own? Have you thought about why Cinderella was so patient while being abused by her stepmother and stepsisters? Or why did Tiana persevere to achieve her goal?

We grew up watching movies where princesses always have a happy ending. As we reached maturity, we learned to see ourselves in their beautiful stories. These princesses held on to their hope despite the grave hardships they suffered. They gracefully stood their ground even when violent storms of life struck their dreams. “Happily ever after” is not a mere cliché—it has become an ideal and inspiration for hopeful generations.

Rapunzel, locked in a tower for 18 years, escaped from her miserable bondage. Persistent to explore the outside world, she did not allow herself to be hindered in her journey. In the end, Rapunzel found her real family and the life that was once distant from her.

Let us talk about Cinderella’s admirable patience towards her cruel step-family. She sleeps by the hearth, eats leftovers, and cleans the house by herself. She was not even allowed to go the ball, remember? But Cinderella’s heart remained pure above all the mistreatment she endured. She chose to stay loyal, be forgiving, and not let her anger ruin her. Eventually, she enjoyed a future that is way beyond what she imagined during the bitter nights she spent in tears.

Tiana did not give up amid many tribulations. Growing up in poverty, she always wanted to have a restaurant, a dream she shared with her father. But while she was striving for her goal, she suddenly became a frog and was chased by a voodoo witch doctor. Come to think of that! Despite all of this, she bravely fought for her dreams and never gave up. To top all of that, she even got married to a prince! After everything she has been through, Tiana lived happily ever after.

The future has never been as uncertain as it is now for our generation. The pandemic struck the global economy, killed so many people, and snatched away our past way of life. You may be a parent who wants to stay firm for your family or a student who is worried about tomorrow. Like Rapunzel, you may feel imprisoned by daunting challenges and fears. This crisis might have assailed your dreams in the new decade the same way Cinderella’s stepmother violently tried to ruin her hope. Maybe, like Tiana, you are no stranger to hardship but afflictions batter you now.

These princesses may be fictional, but their journey to a happy ending resembles our current reality. As we endure together, remember that these tests will make us stronger and more resolute. Wipe your tears with courage and cherish your dreams for yourself and the ones you love. Soon, the time will come when your story and happy ending will be told.